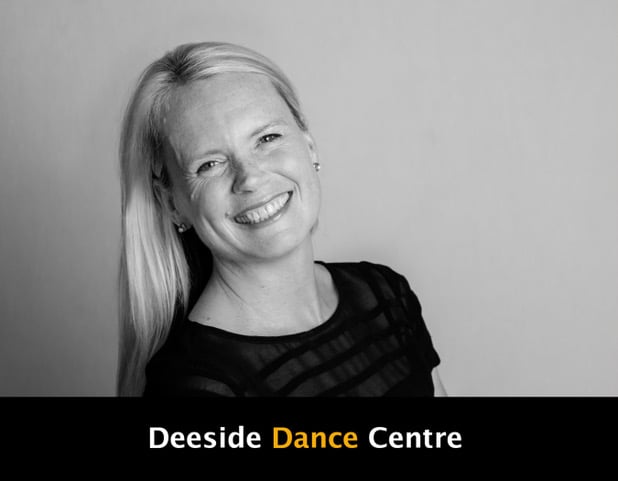 Emma Stewart trained in ballet with Patrica Mitchinson in Harrogate and was selected as a Royal Academy of Dance Yorkshire Scholar, attending class with Louise Browne in York and at RAD headquarters in Battersea, London. During her time as a Scholar, she was privileged to receive teaching from Wayne Sleep, Galina Samsova, Monica Mason, among many others. She completed a BA Hons in German and Linguistics at Exeter University and had a career in management training before settling in Aberdeenshire in 1994 with her Husband Neil, sons Angus and Rory (and of course their beloved Border Collies) Since returning to dance in 1998, Emma has been trained in the ISTD Diploma in Dance Instruction and Diploma in Dance Education by Celia Johnson FISTD. Celia has also encouraged Emma to pursue further dance training and managed to coach her through her Advanced 1 vocational examination, achieving Distinction........aged 42! 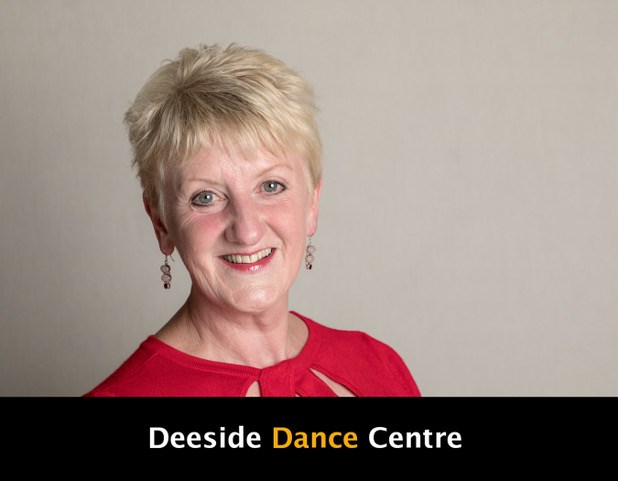 Celia trained at Arts Educational and graduated with Honours Diploma. She danced professionally with Ballet International in South Africa, Europe and with the UK with English Bach Festival in London, Athens, Versailles and The Hague. She has taught at Arts Ed, Laines, Bird College, Performers and Morley College during her long teaching career and has been with Deeside Dance Centre for 15 years, where she teaches Grade and Vocational Ballet. Celia is a Fellow and senior examiner of the Imperial Ballet Faculty of the ISTD and was awarded the Jean Campbell Prize for outstanding work with the faculty during her time as Vice Chair. She examines dancers all over the world. She is married to Rory, a retired West End Dancer, and can be found most days in her wellies walking her dogs.

Alli studied at the Stella Mann College of Dance in London for 3 years gaining qualifications in performing and teaching. Following graduation she worked abroad as a performer, choreographer and dance captain for many show teams in Egypt, Turkey, Mexcio, Lanzarote, Corfu, Rhodes and Crete. Alli has worked with Deeside Dance Centre as a Jazz, Singing, Musical Theatre and Zumba instructor for many years. These days she can be found working in the big bad world of Oil at Amec Foster wheeler as well as continuing to teach at Deeside. Whilst being part of the Deeside Dance Centre team she enjoyed many opportunities such as directing her singers in a performance with Britain's Got Talent 2011 winner Jai McDowell, warming up 200 charity runners for a midnight run, being involved in a large number for community events. In her school years Alli choreographed and performed a dance piece that was included in the BT festival of dance competition , where it won the Scottish finals and was asked to perform in London at the Queen Elizabeth Festival Hall , and was presented with a trophy from Wayne Sleep. Alli's claim to fame is knowing the entire soundtrack to Joseph. (Unless you have 3 hours to wait don't ask her to prove it.) 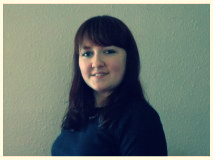 Donna started dancing as a young girl with Modern and Tap and then gradually adding Ballet, Jazz, Singing, Drama and Contemporary. She has been lucky enough to perform in numerous school shows as well as performing in Her Majesty's Theatre in London for the Young Performers show. She has been trained in Ballet, Tap and Modern including her Advanced 2 Tap and more recently her Advanced 2 Modern vocational exams.

From the age of 14, Donna assisted her teacher, Miss Catt, in class and, as a result of the great experience, decided that dance teaching was absolutely what she wanted to do. She embarked on working towards her teaching qualifications in ISTD Tap, Modern and Ballet.

At present Donna has gained her Diploma in Dance Education through the ISTD in Ballet, Modern and Tap and hopes to further these qualifications to Licentiate and go on one day to train future teachers. 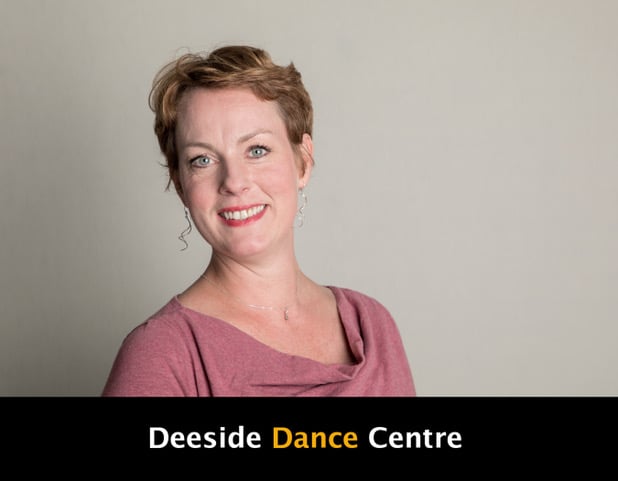 Alina was born and raised in Berlin and started dancing at the age of 7 at a private ballet school in Germany. After years of intensive studies at a musical theatre school where she trained in Jazz, Modern, Tap and Acrobatics she moved to the Netherlands, where she joined an ISTD Cecchetti school where she continued dancing, did exams and started teaching ballet.

She also pursued a career in corporate management and training before moving to Scotland in 2013 with her two girls and Scottish husband.

She then became a tutor at Deeside Dance Centre and is currently being coached by Gwen Stevenson for her Diploma in Dance Education in Ballet. 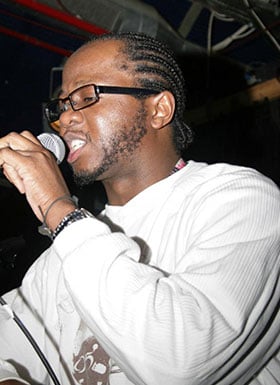 Hip-Hop music pioneer M.C. AJET, known by is his stage name M.C. aka Millennium Child is a Hip-Hop recording artist from Scotland. He is the founder of Millennium Child Entertainment and Hip-Hop School Scotland.

A music fan from the start, MC started writing songs and working as a DJ in his teens. His first major success as a DJ came when he was asked to play in one of the city’s major club. He later went on to have residence in every major city in Scotland. With his nights being the best in every city he played at. Due to his success he was asked to play in different countries around the world which then led to him working with famous DJs and artist like Jazzy Jeff, Tim Westwood, Public Enemy, De La Soul, G.Unit, Sugarhill Gang, Guru, Arrested Development and the list goes on. In 2004 he was invited to the Olympic city where he DJ & performed during the Olympics. That same year he released his debut single (My Life) independently, which sold over 18,000 copies, making it the biggest selling Scottish independent Hip-Hop single for that year. With all the success his proudest work will be working with young people. This led to him forming his own Hip-Hop academy Hip-Hop School Scotland in 2005. The Hip-Hop school teaches the creative acts of Hip-Hop dancing, Rap/Songwriting, Street Poetry, Graffiti, music making & DJ workshops. June 2006 ITV did a documentary on M.C., which was, aired prime time talking about his single, what he does and his crew. The show was viewed by over 384,000 people on a Sunday afternoon. Since then he has appeared on numerous radio shows including a prime interview & performance with the legendary Tim Westwood on BBC Radio 1.

In 2007 M.C. aka Millennium Child was nominated for a Champions award for his work in the community and with young people. In 2010 M.C released his most anticipated album “Survival: Against All Odds” 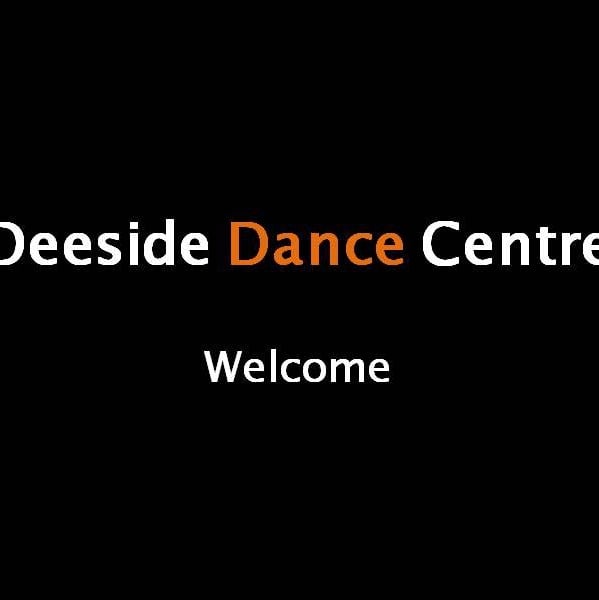